Worshipers of Yahavah, The Greatest Name of God

PRAISE ALLAH FOR THIS REVELATION

You are now a free people if you accept God’s means of Salvation, Yeshua Meshikha (Yeshua the Messiah) and acknowledge Him as the Son of God.

First there was only God, then there was Yeshua. That is the truth.

May you be blessed.

We are worshipers of Yahavah. We would never bow down down to anyone but Alaha as Yeshua said Matthew 4:10 Holy Aramaic Scriptures.

The root word for Allah is the same as for Alaha.

We are your brothers and sisters.

Anyway, Allah loves you and has revealed the problem.

(Deuteronomy 18:15) A prophet from your own midst, from your brothers, like me, is what Yahavah your God will raise up for you—to him YOU people should listen—

(Luke 7:16) Now fear seized them all, and they began to glorify God, saying: “A great prophet has been raised up among us,” and, “God has turned his attention to his people.”

(Luke 24:19) And he said to them: “What things?” They said to him: “The things concerning Yeshua the Naz·a·rene’, who became a prophet powerful in work and word before God and all the people;

(John 1:45) Philip found Na·than’a·el and said to him: “We have found the one of whom Moses, in the Law, and the Prophets wrote, Yeshua, the son of Joseph, from Naz’a·reth.”

(John 6:14) Hence when the men saw the signs he performed, they began to say: “This is for a certainty the prophet that was to come into the world.”

(Acts 3:22) In fact, Moses said, ‘Yahavah God will raise up for YOU from among YOUR brothers a prophet like me. YOU must listen to him according to all the things he speaks to YOU.

(Acts 7:37) “This is the Moses that said to the sons of Israel, ‘God will raise up for YOU from among YOUR brothers a prophet like me.’

Clearly, Yeshua is the prophet spoken of in these books of the Bible. 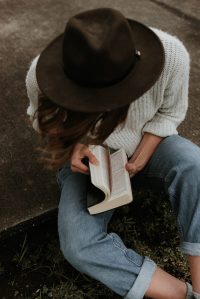